10 Cloverfield Lane: A journey into suspense, intrigue and sci-fi 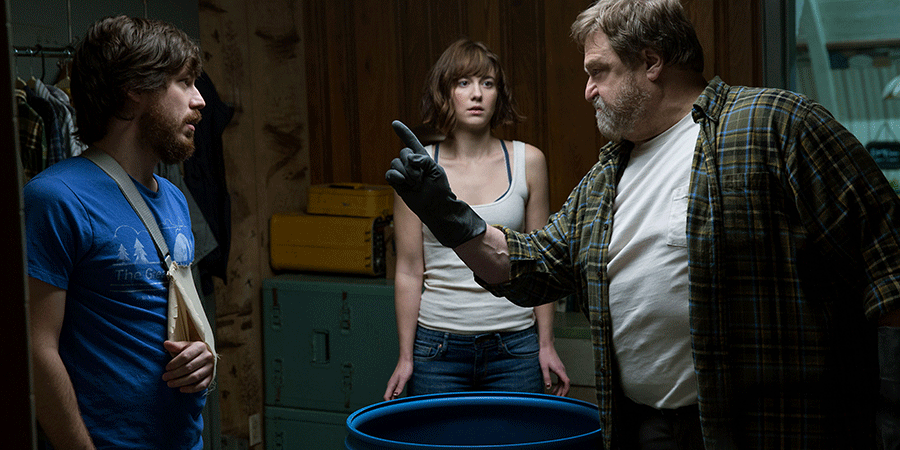 10 Cloverfield Lane evokes all the aspects of a gripping science fiction story. Director Dan Trachtenberg invigorates audiences through the use of mystery, special effects, layered concepts and an ominous atmosphere. Considered by producer J.J. Abrams to be a “blood-relative” of the first Cloverfield movie from 2008, this film is in many ways its own unique saga. 10 Cloverfield Lane is filled with groundbreaking CGI effects and a breath-taking adventure into the unknown.

The storyline centers around a young woman named Michelle (Mary Elizabeth Winstead), who has just left a destructive relationship with a fiancé for motives left undetermined. As she is driving on the road at night, her fiancé Ben (voiced by Bradley Cooper) calls her and tries to convince her to reunite. She becomes involved in a severe accident due to being driven off into a ditch by a large truck.

Michelle is rescued from the crash and sheltered in a basement bunker by a towering man named Howard (John Goodman). During her stay in the shelter, she meets another man named Emmett (John Gallagher Jr.). They explain to Michelle that the outside world has suffered a widespread chemical attack, which makes the air corrupted and unbreathable due to fallout.

Trachtenberg makes an extraordinary effort to include a variety of chills, thrills and edginess within the story, and a great deal of depth when exploring the minds of each character. This is done in a genuine way, intricately expressing their intentions, hang-ups and motives. These elements begin to raise the stakes for both the audience and the characters alike as the story unfolds.

Actor John Goodman hooks the audience in his portrayal of the character, Howard. His performance is both intriguing and spine-chilling at the same time. Goodman clearly succeeds in convincing you that he truly is a complex character shrouded in mystery. His intentions seem genuine, yet it’s difficult to tell whether he is Michelle’s heroic savior or her malicious captor.

We feel mixed emotions regarding the character of Howard. We begin to feel sorry for him but then we have second thoughts about trusting him. He plays off the themes of eeriness, trickery and uncertainty, keeping us on the edge of our seat.

10 Cloverfield Lane is an electrifying and invigorating tale. The film is fear-provoking, yet darkly funny at times — when you would least expect it. Good fun.